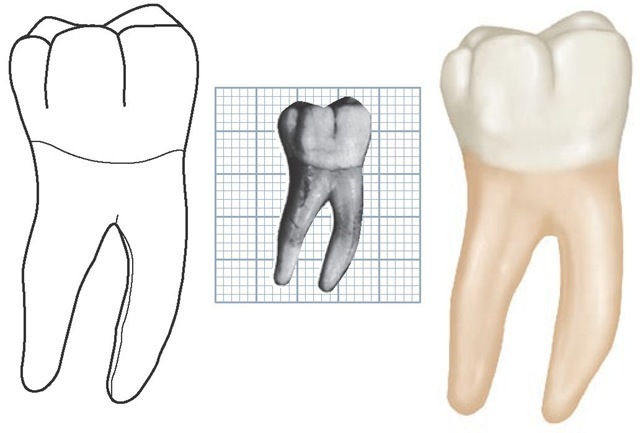 Mandibular Second Molar. The mandibular second molar resembles the mandibular first permanent molar, except that the primary tooth is smaller in all its dimensions. The buccal surface is divided into three cusps that are separated by mesiobuccal and distobuccal developmental grooves. The cusps are almost equal in size. Of note, the mandibular left second molar (#18) was found to be missing on presentation to our service. This tooth had been present at the time of the initial surgery in When questioned about tooth #18, the patient reported it was extracted at about the .